HAVE IT YOUR WAY Rebuild - Enhance - Refurb

Right from the outset back in 1988 our journey started with the notion of taking a tired old Land Rover and driving it into the farm workshop, getting it into bits, rebuilding with a fresh coat of marine blue mixed in with a brighter white for wheels and roof to give it a sharper fresher look. Every one of those series LRs received similar treatment. At the time I did not realise that I would be doing the same to the modern era Defender, nearly 30 years later. Taking their drab factory look and adding a mix of classic colours out of the Land Rover parts bin to create what we have done so well since 2007, to our Classic Retro Defender hard tops, wagons and soft tops. Back in 2007 two things happed, the arrival of the 6 speed puma Defenders driven by Ford power, resulting in quieter easier to drive, more car like Defenders which instantly gave a far wider appeal. Concurrently after enjoying many years of being the one specialist LR Defender dealer who always stocked and refurbished plenty of rare limited edition Defenders such as the heritage, 50th V8 and tomb raider editions, the clock had been ticking and due to ageing deteriorating condition it was becoming harder to bring them into our inventory, get them looking right for sale once again. So we started to take new 2007 Defenders on and add our Retro classic heritage looks, together with a range of Sport wagons based around black and grey 90 and 110s. Often the Sport Wagon variants enjoyed lots of Diesel tuning, suspension and wheel upgrades. Some enjoyed a run of 3.2 TDci Diesel and 5.0 V8 Mustang installs for rapid performance that became the cornerstones of what we do today. Experience always tells.

A RANGE of services to hit the spot

We are able to take your beloved Defender and totally rebuild it, incorporating brand new galvanised chassis with a further option of black or grey powder coating for a more original look. Along the way all suspension components are replaced or refurbished, further options to overhaul and rebuild axles and gearbox’s, axles being shot blasted and refinished in LR factory satin black powder coat. A wide spread of engineering upgrades can be incorporated, engine upgrades to more powerful V8 or Diesel, bigger brake assemblies for more stopping power all can further enhance your Defender.

As we have our own body repair and refurbish facility onsite incorporating 2 large commercial paint ovens and 8 full time staff, there is no job to large. With quicker turn around coming from a highly skilled team running our Bodyshop47 facility at our Peterborough site. Both satin and gloss finishes are available together with hard wearing raptor coat process to give very individual looks and cater for harsh environments. Often we will be carrying out your Defender body refurb concurrently while the workshop team are rebuilding the rear of your Defender with new chassis and engineering to aid quicker turn around. Please enquire for first class help and advise from our team of enthusiasts.

In the background we often are making your new seats and interior components while your cabin interior is being fully sound deadened with new hand made carpets and trim going in. For those who enjoy high quality sound our resident sound engineer will have installed high performance speaker cabling around the cabin, prior to carpet and sound deadening so all comes to a close to give you a great look, fabulous comfort with class leading sound quality. Driven by the latest spec head units and speaker systems incorporating apple car play, sat nav and Bluetooth all set in a reconfigured Defender dash panel now with double din head unit as to allow clear easy vision for operation and navigation.

It’s your choice. We can focus on keeping your cherished Defender totally stock, just better than new, reworked and rebuilt as it was the day it left the factory, or we can add a little spice to the mix, give you a range of V8 petrol engine installs, high power diesel upgrades with automatic gearbox options for both diesel and petrol variants. Full air suspension always available as a further way to get your LR Defender to glide along those bumpy back roads. Please enquire for our first class attention. 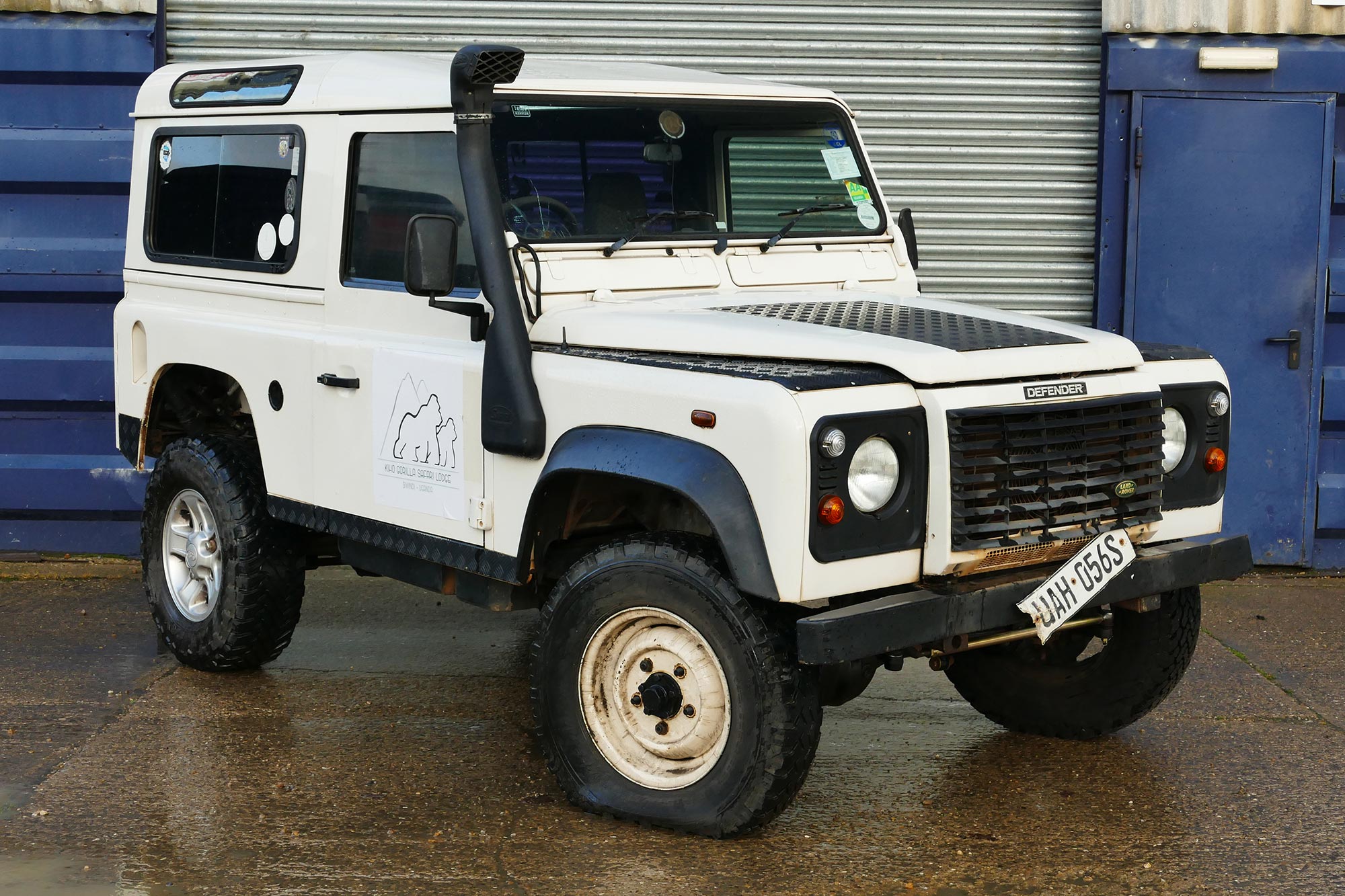 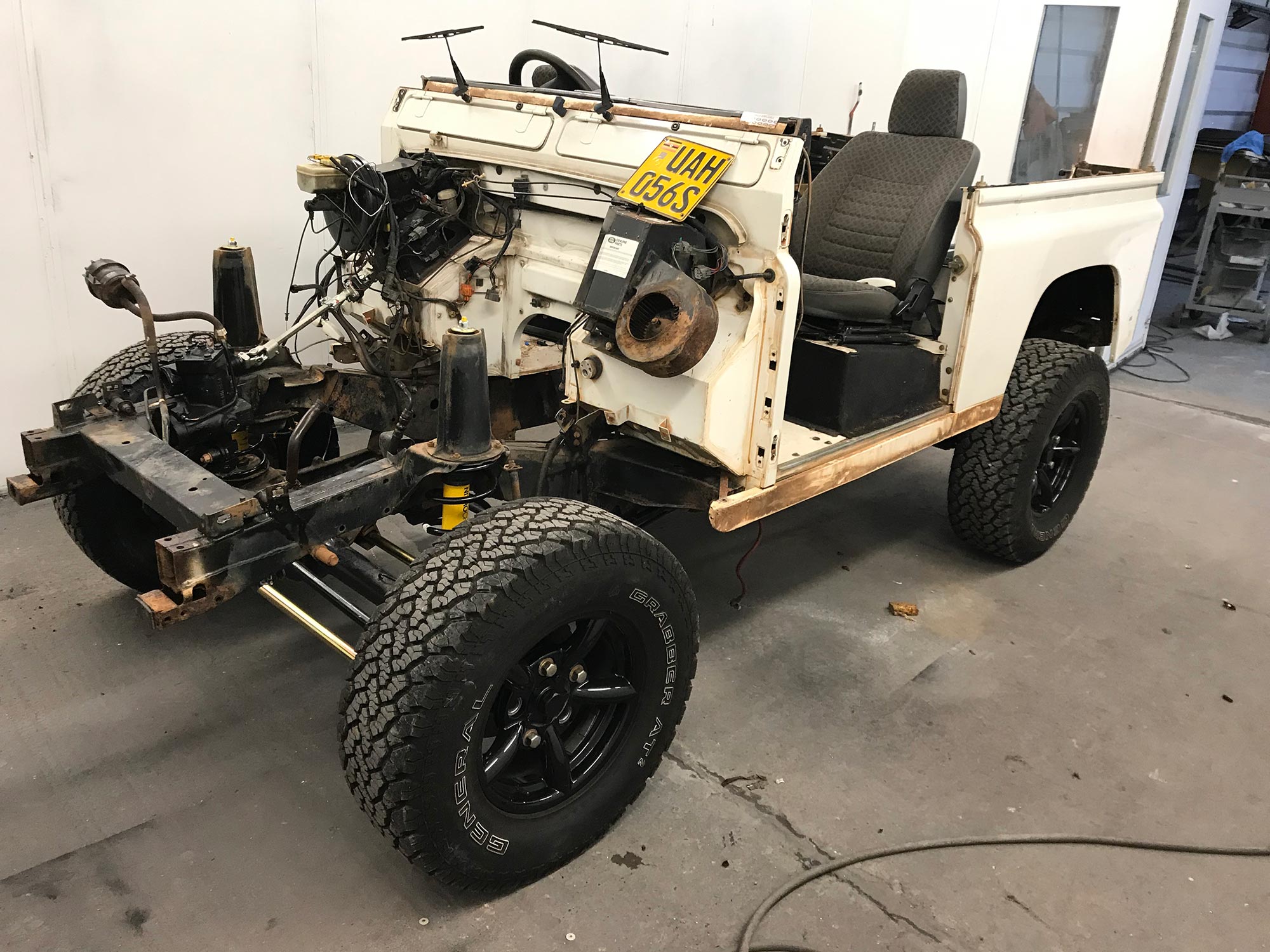 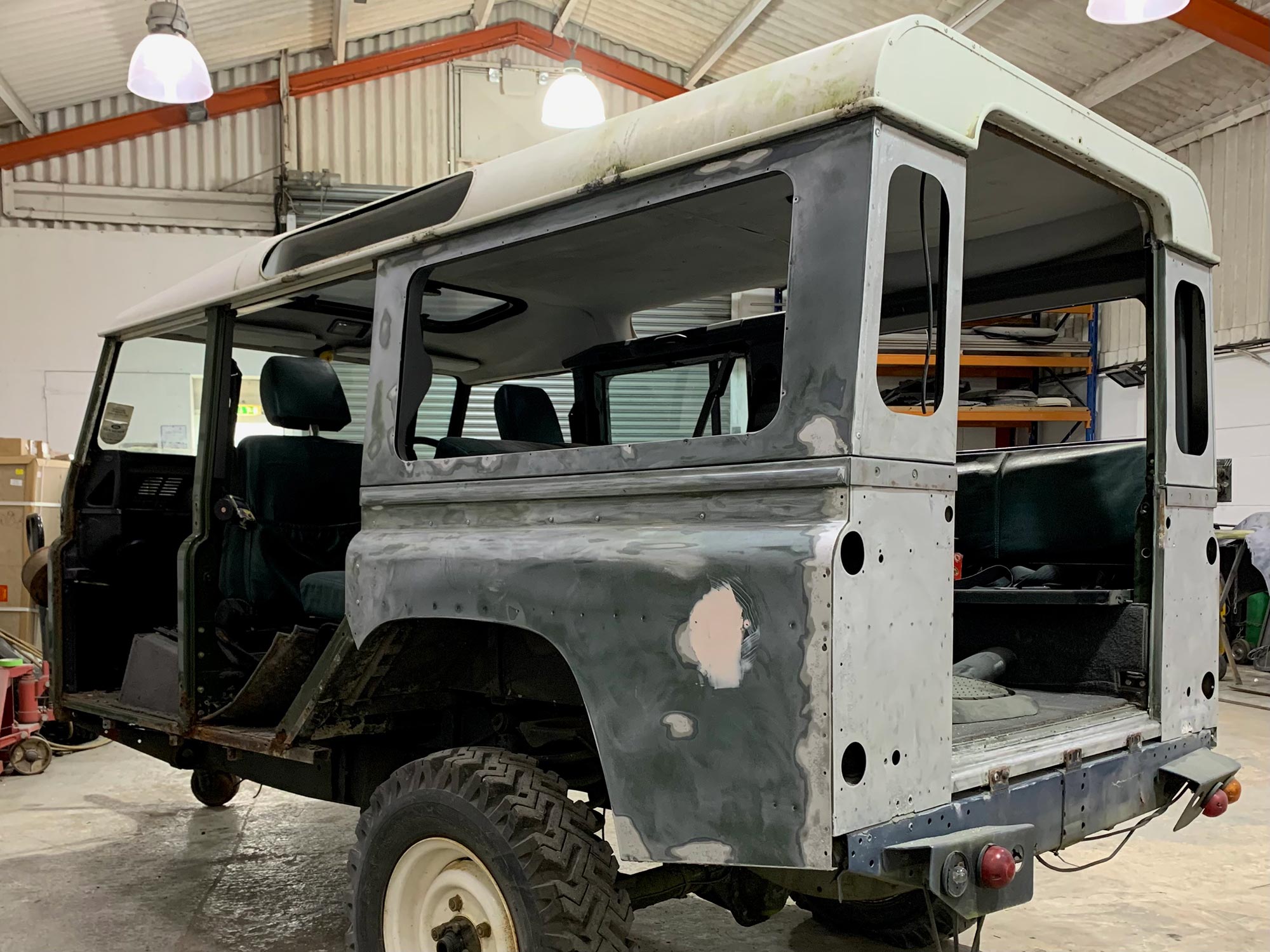 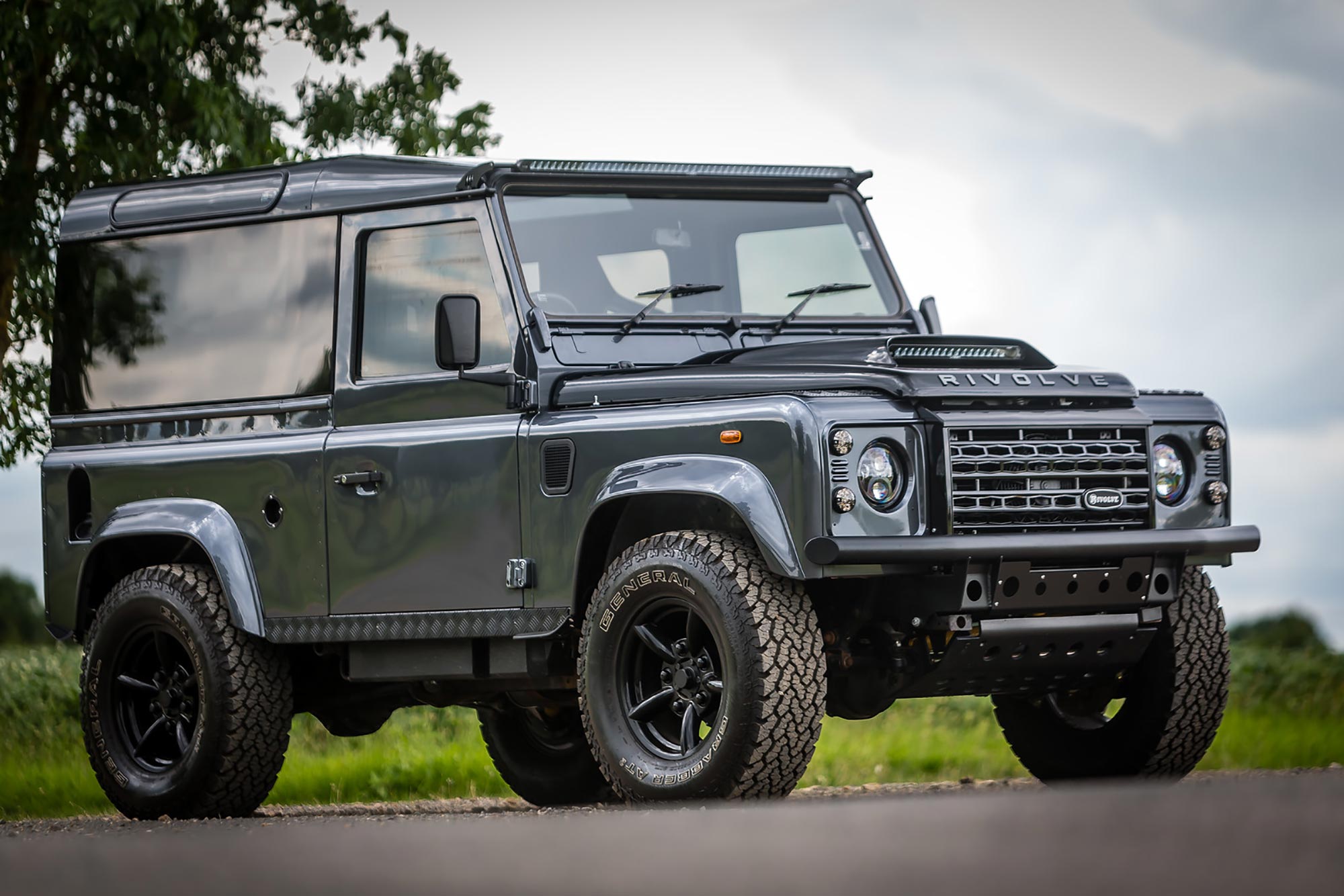 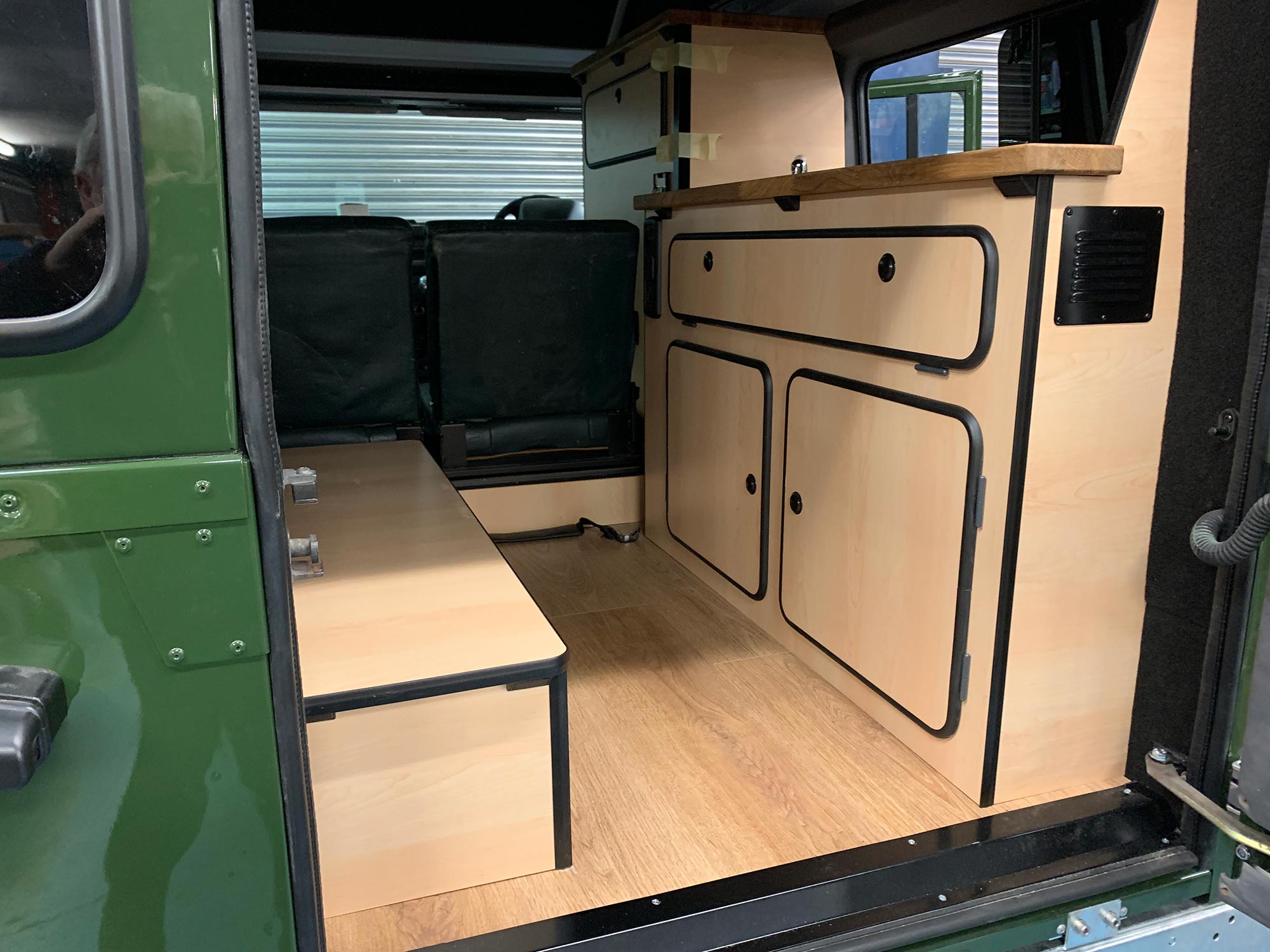 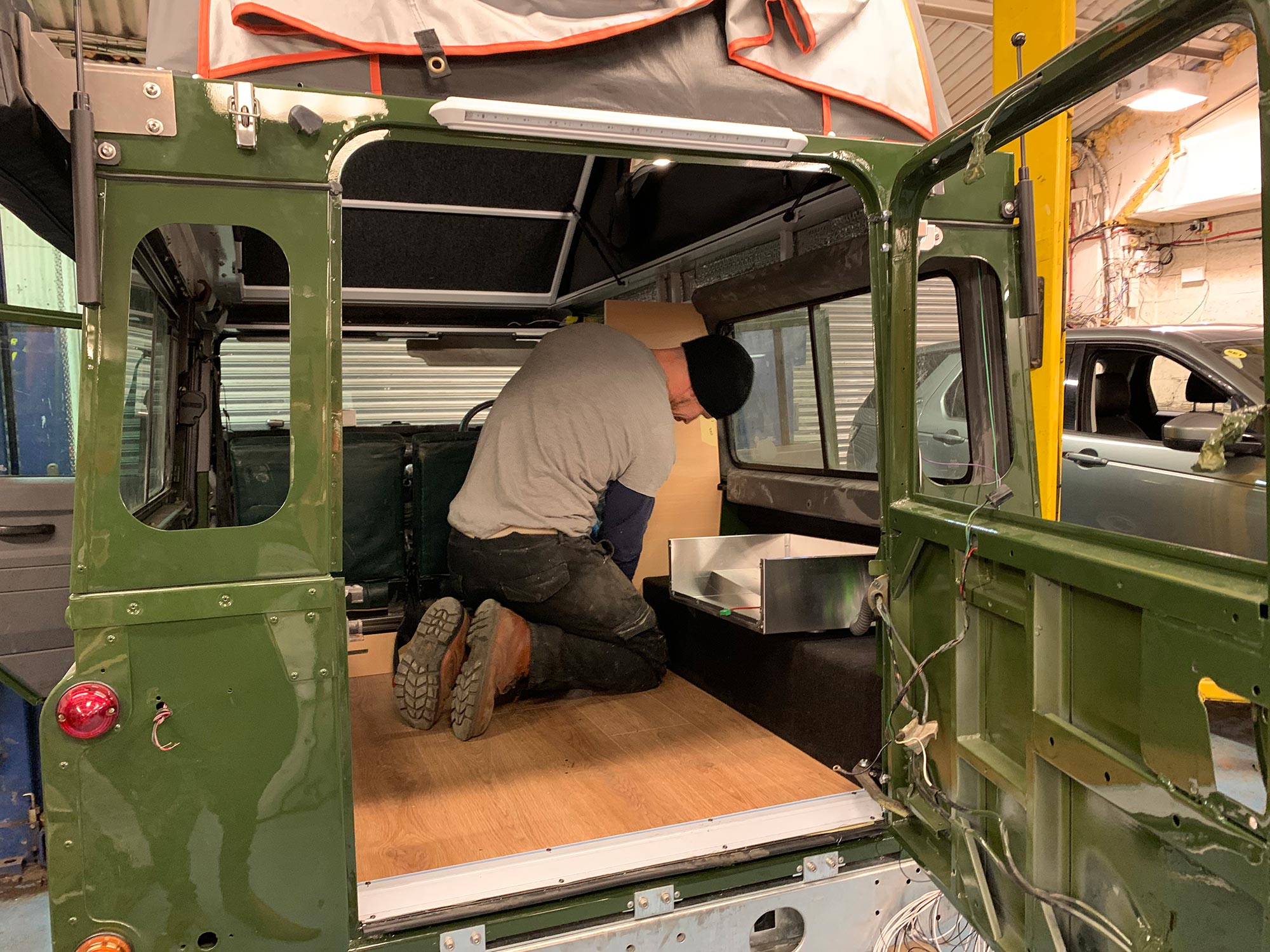 Rivolve bespoke Land Rover Defenders, built and reworked to be as individual as you are. Encompassing 34 years of true passion for everything LR Defender, giving you the lead to take our four editions, Retro Classic, Sport Wagon, Falcon Soft Back and Overland X, run with your lead to work with our great team to create your very special unique Defender, like no other out there. Reworked Land Rover Defenders, as individual as you are.